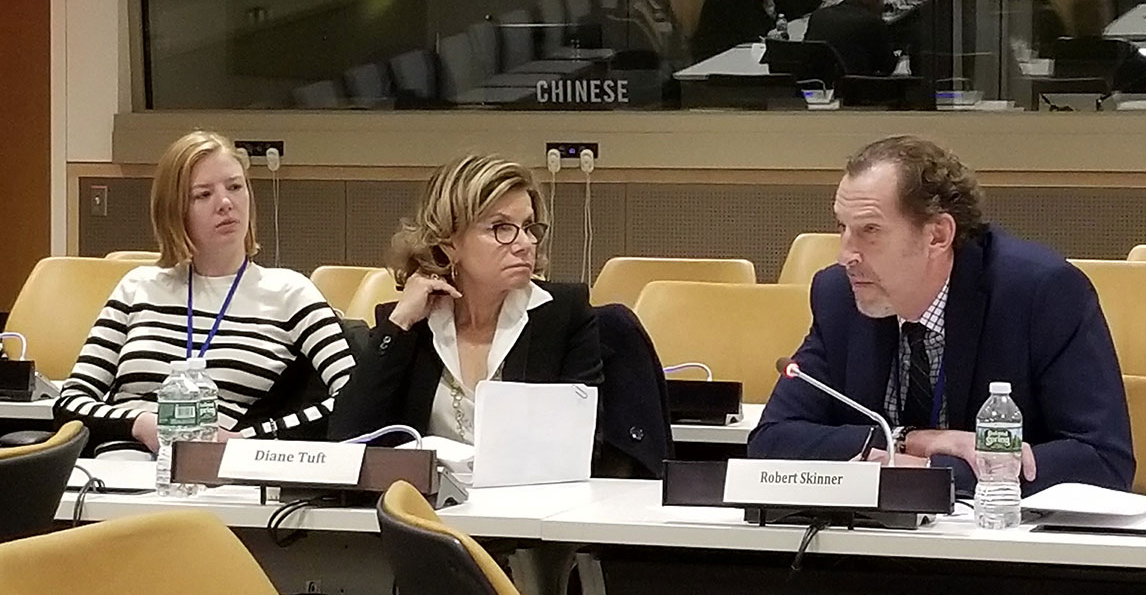 The Board of Directors of the Humpty Dumpty Institute is pleased to announce that Ms. Morgan DeNicola will join the Board as an Associate Director.  HDI Chairman Al Khalafalla said that Ms. DeNicola’s commitment to the work of the Institute has been exemplary.  Ms. DeNicola has served as HDI’s Youth Representative to the United Nations for the last two years and accompanied U.S. Congressional Delegations to Africa and the United Nations.  In February 2017, Ms. DeNicola was a leader of U.S. Congressional Staff Delegation to Malawi.  There she visited the Amitofo Care Centre (ACC), alongside other HDI board members. The level of poverty kicked off a fundraising initiative for Morgan, called the Cosmo Cares Mobile Healthcare Van. This van was donated by Cosmo DeNicola Companies to the ACC and will provide needed medical services to remote villages in Lesotho, Africa.

Dr. Khalafalla added that Morgan DeNicola’s dedication to humanitarian endeavors as well as her activities in promoting HDI’s activities worldwide should be recognized and that is why he proposed to the Board naming Ms. DeNicola as its first Associate Director.

A Philadelphia Native, Morgan DeNicola currently works as the Humanitarian Program Manager for Cosmo DeNicola Companies based out of Fort Washington, Pennsylvania. Cosmo DeNicola Companies is a portfolio of businesses ranging from technology, healthcare, publishing, professional football and Hollywood talent management. Morgan’s role within Cosmo Cares incorporates her three passions of World Health, Humanitarian Recognition and Cultural Diplomacy. She feels it is important to do good while recognizing those who are equally committed.

In addition, Morgan been an intricate team member of the Steinberg DeNicola Humanitarian Awards, which recognize Professional Athletes for the work they do in their community. She is also active in the dissemination of the Cosmo DeNicola Companies Scientific Scholarship at the annual American Thoracic Society Conference, which recognizes applicants that make outstanding contributions to science in chronic obstructive pulmonary disease (COPD).  She also currently stands as an active member of the Elmwood Zoo, located in Norristown, Pennsylvania.